GENDER DISTRIBUTION IN UNDERGRADUATE FIELDS OF STUDY: AN EMPIRICAL INVESTIGATION ACROSS FOUR TIME PERIODS IN EGYPT

Higher education is very important in today's modern society. To promote equal opportunity to access higher education, several countries, including Egypt, have long implemented egalitarian policies to allow equitable access to it. Some studies, examining trends of gender bias in higher education, provided evidence of improvement during the past few decades. This enhancement, however, failed to reduce the sex segregation in the labour market, and hence returns to education. Many studies attributed this paradox to gender differentiation by field of study, particularly along the humanistic-scientific dimension. Barone (2011), however, suggested the care-technical dimension to contribute, as a second dimension, in the explanation of the association between gender and field of study. Since no research on this important topic has been conducted in Egypt, the current study aims to investigate gender distribution by field of study in higher education in Egypt since the 1952 revolution. To achieve this objective, the study first reviews prior literature to identify the trend in female higher education enrolment in the Egyptian context across four historical time periods characterized by significant changes in the social, economic, and educational circumstances. Next, the study investigates gender bias in higher education across the four time periods and nine fields of study using a sample of 3826 respondents from the latest round of the Egypt Labour Market Panel Survey (ELMPS 2012). Multinomial logistic regression results suggest that the expansion in higher education enrolment as a result of the adopted egalitarian policies were accompanied with an increase in female enrolment percentage since the 1952 Egyptian revolution. Moreover, there is a trend toward gender parity for most fields of study because the degree of gender imbalance varies considerably within the humanistic-scientific dimension, providing some support for the argument made by Barone (2011). A supplementary analysis investigates the gender distribution by faculty social prestige in Egypt. Results contend that females are becoming over-represented in higher education in Egypt but do not hold an advantage in the high prestige faculties. 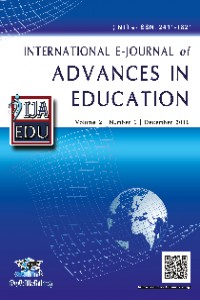