The Experiential Learning Cycle Theory (ELCT) formulated by David Kolb is the thread that weaves together the divergent approaches taken by experiential educators and practitioners. It has, by virtue of its status in the discipline, also received its fair share of criticism, from its overly-discrete separation of the four stages of learning to assuming that learning results from adaptive choices and not the other way round. In our attempts at implementing it, what we found lacking in Kolb’s formulation was in the disappointing student performances in the four stages of the ELC. We observed how students describe experiences disconnected from the learning outcomes, exhibit fleeting emotions triggered by novelties encountered in the field, and struggle to explain how the skills acquired could possibly be applied in other situations. Students perform as if they have spent an entire course learning how to swing a bat – without knowing that they were supposed to be hitting a ball, scoring points, and winning the game. In short, students had no idea what they were supposed to experience, observe, conceptualise, experiment with, and the larger ends for doing so. If experiential learning is the “most natural way to learn”, it pays to heed how humans across epochs and cultures have always naturally learned. In our search for a practical way to ensure that courses under our charge remain faithful to Kolb et al’s work yet transformative for their recipients, we found inspiration from anthropological research into craftsmanship. This paper presents a framework for course design that seeks to make the ELCT much more workable within institutional settings, through integrating central characteristics of traditional craft apprenticeship with that of the ELCT. From the study of ethnographies of traditional crafts, we identified their four key components, namely, the “object”, “objective”, “skill” and “theme” present in every craft. These four components – and the relationships between them – provide the “what” and the “why” towards which the four actions found in the ELCT are directed. In so doing, we not only inject substance into the formal nature of the ELCT stages, anchor traditionally abstract academic content in practice, but also resurrect a pedagogical method that has survived natural (and cultural) selection. In the following sections, we will first compare the ELCT with the didactic approach as a means of highlighting the core strengths of the former, and the challenges we met while trying to implement it in its ideal form. This would be followed by a discussion of the four key components of craft apprenticeship, how we synthesize them with classical ELCT to create a new experiential learning framework, and finally, comparisons of students’ performance before and after its implementation. 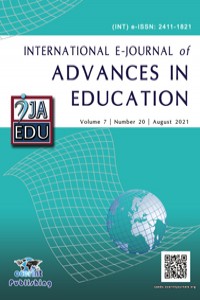