THE MALAYSIAN EFL LANGUAGE PLANNING AND POLICY AND THE IMPACT ON EFL READING PROFICIENCY: A REVIEW

Within the Malaysian setting, the English language is a foreign language that is widely used and has gained its status as a prominent linguistic liaison not only in the political, economic and social domains, but also within the educational context. Hailed as a lingua franca, the English language maintains its significance at the global level and due to such status; it has been made a mandatory subject at the elementary, secondary and tertiary educational institutions in Malaysia. The purpose of this paper is to present the review of English as a foreign language (EFL) in terms of its historical path and its connection to EFL literacy issues within the Malaysian educational context. The historical review of the Malaysian education with regards to EFL reveals that the mandatory inclusion of the English language in the school and higher institutions’ curriculum could be traced back as a linguistic culturalization effect of the British colonization. The review also indicates that the pattern of inclusion of the EFL in the Malaysian educational system seems to be developmental in nature but with some patterns of consistency at the initial stage of its inclusion. As with regards to the EFL literacy issues, the review shows that the shifting from the English medium to the Malay medium in Malaysian public schools could be inferred as one of the causes of the emergence of issues in the EFL literacy amongst Malaysian learners. The outcomes of the review have implications on EFL policy and curriculum development as well as their future revisions in the Malaysian context. 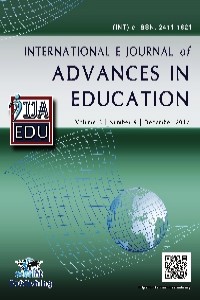