One of learning model in character education that raised constructive value is cognitive moral development (cmd). This model (cmd) has a special characteristic syntax, which is moral dilemma. The moral dilemma is made by the teacher in a dilemma story that is presented to the student as a stimulus to make students feel in a dilemmatic situation. Students must choose one option from two options presented. The choice is not about right and wrong but focus on point of the student’s reason what they chose. The students’ choice in the moral dilemma shows the stages of students’ moral development that developed by kohlberg from the pre-conventional, conventional and post-conventional stages, which have 6 stages. The study was conducted on 5th graders of elementary school, so that only 4 stages applied of 6 stages of moral development. Characteristics of elementary school student between 10-12 years classified as concrete operational stage (Jean Piaget, 1983), it’s result the moral dilemmas that are displayed not only in the form of a flowing dilemmatic story but need a connection thoughts through the picture.The pictorial story contain with moral dilemmas will be displayed with some pictures that repserent the meaning purpose of the story to facilitate the students in digesting the meaning of the story moral dilemmas content. There are 3 situations that are presented in one moral dilemma story. First picture is introduction story which describe the situation (at school / home / play environment). Second picture is contains of dilemma conflict situation which directing to the third picture, it’s "confusion" as a symbol of dilemma between choosing two choices.The finding of this study is after the students read the pictorial story with moral dilemma then the students fill out the evaluation sheet in the form of Defining Issues Test (essay closed) from James Rest to know their level of moral development (stage 1-4). This method of research used experiments with classes that are given treatment through pictorial story media and control classes that are not given treatment. The results of this study indicated a higher change in the students' moral reasoning rather than control class. 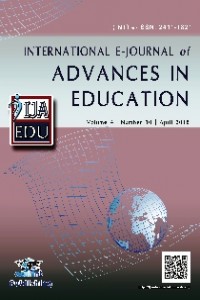