The article is devoted to the problem of self-organization of activity and psychological factors of success of educational activities of graduate students. The concept of “self-organization”, actively discussed in Russian science, does not have an exact equivalent in English-language publications. From the point of view of proceduralism, self-organization is an independent step-by-step construction by a person of the structure of his features, motives and ideals. Self-organization has two aspects: the construction of an “I-image” or self-esteem — an internal aspect, and the organization of one’s activity or its success — an external aspect. In the works of S.N. Kostromina, S.I. Rozum, N.A. Loginova, as well as in our previous works, showed that the integrity of the structure of personal qualities (“I-image”) determines the success of an activity. At the same time, the structure of personality traits changes in the process of performing activities (abilities are formed, self-esteem changes, etc.). This study is devoted to the external aspect of self-organization, which we call “self-organization of activity”, and its relationship with personality traits.

The purpose of the study is to describe the model of self-organization of graduate students. The task of the study was to build a network model of the relationship between the characteristics of students' activities and their personality traits and values. The graph method or the network modeling method was used as a tool. The sample consisted of 44 graduate students (mean age 20.6 ± 2.6 years, m-19, f-25). At the first stage a correlation analysis of the relationship between the characteristics of the activity and the personality traits of the subjects was carried out. At the second stage a model of self-organization of students ' activities was built with the help of the program "Gephi 0.9.2".

As a result, it was found that such characteristics of activity as flexibility (correction), purposefulness (goal setting), planning and self-control are most deeply integrated into the structure of personality traits. Personality features are manifested in these characteristics of activity, forming complexes of features or stable combinations around them. In this case, the connecting link of the entire model is such features as risk avoidance, sociability and self-control of behavior. The ability to plan and self-monitor the implementation of activities, developed in this group of subjects, is aimed at achieving such value as recognition of the success of the people around them. Orientation to the creative approach is manifested in the adjustment of the activity, but it prevents the adequate analysis of the conditions of the activity. In addition, the identified complexes of features are associated with a particular area of the individual. When planning activities, subjects are guided by relations with the closest environment, while in self-control of activities they based on high demands and their own prudence. Flexibility of activity is connected with domination in society and adaptation to new situations, while goal-setting - with self-confidence. In conclusion we must say that the described model of self-organization of activities ensures the successful implementation of students ' learning activities. It is proposed to conduct training sessions with students in order to form additional motivational attitudes of students' activities and the development of qualities necessary for the organization of activities. 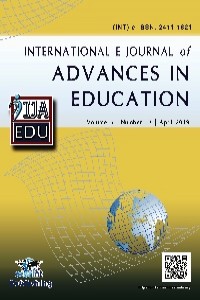