NIGERIA AND THE CHALLENGES OF NATIONAL UNITY

The task of unifying the various ethnic, religious, political and socio-economic groupings in Nigeria has remained a daunting national challenge more than hundred years after amalgamation in 1914. This is particularly puzzling considering that all government regimes since independence in 1960 have made national unity their important agenda. Concomitant programmes, policies and mantras including institutionalization of the federal character principle, the National Youth Service Corps (NYSC), unity schools, national symbols, National Orientation Agency (NOA), and mantras such as “the unity of the nation is not negotiable”, among others, have been adopted to facilitate national unity in Nigeria. Yet the gap between the various groupings seems wider as the nation is still plagued with ethnic rivalry, religious intolerance, political exclusion, quest for self-determination, power sharing and violent agitations, to mention a few. This paper explored the challenges of national unity in Nigeria after one hundred years of existence. Employing the Choice theory, documentary data sources and qualitative data analysis, the paper contends that the challenges to national unity in Nigeria appear to persist because of the manipulations of political, ethnic and religious elites due to pecuniary gains and enduring rivalry over the control of state power. The result showed that unity remains a scarce commodity in Nigeria because of the manner elites conceived and implement policies to reinforce primordial loyalties. As a result, government policies and projects are narrowly conceived and implemented to favour selected groups and communities. This heightens disagreements and controversies among the diverse peoples and communities, threatening the nation’s existence and development. 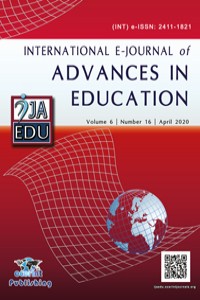