Character development of Indonesia at the present time they have been affected by globalization civilization which opens a window of opportunity to enjoy the advancement of science and technology, in the end slowly Indonesian people can be directly involved in the international community association freely and have access to a variety of impressions that would give effect to the character formation of generations of Indonesia, among other things such as pornography, violence, sexual perversion and violation of legal norms others later be interesting spectacle that in the end it turned into a real story that sad that happened on the whole society, especially the younger generation. Overcoming such things, the National Education System Indonesia raised character education at all levels of formal education. Primary school (SD) is the lowest level of formal education the foundation for the construction of a national character because, at the time there is important period in the development and future growth that is "golden age". Bogor is a tourist town that borders the capital city nature is cool and fertile land become a haven for tourists at home and abroad. Acceleration culture that can fade the noble values ​​of national culture will increasingly prevalent go to Bogor. Bogor religious communities and uphold the Sundanese culture as a strong foundation for developing a model-based character education Religion and the local culture. This study aims to identify the character values ​​in the public area of ​​Bogor and explore models of outcomes were found from the analysis of the data found in the community of Bogor implications for later used as a reference in order to defend the noble values ​​derived from religious values and rooted in the culture of local wisdom as growing efforts character education at primary school. The method used in this study is a qualitative research to examine the condition of natural objects, where the researcher is a key instrument. Object of research is the Elementary School that implement character education on the basis of religion and culture in Bogor. The results showed that there are three models of religious-based education and the implementation of local wisdom is, 1) model is a model holistic implementation of character education that fully is applied in schools. 2) Implementation of the model of integration that integrates character education with religious and cultural values ​​into all school activities, these models are in Islamic Elementary School. 3) partial character education model, namely the implementation of character education is carried out separately with public education materials. 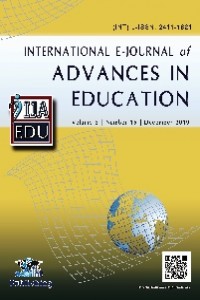